I haven’t written in this thing in a while. I’ve been busy–yes, yes, the excuse we all use. I’ve been doing my best to be un-busy and de-clutter my life, and have good boundaries, etc., etc. It’s not so simple. In fact, lately, it’s been damn hard.

In September, my husband and I took a LOVELY trip to Ireland. Holy CRAP is that place stunning! The countryside is beyond words, the food isn’t bad, and the people were absolutely lovely. There are hidden waterfalls and mysterious woods all over the damn place. It’s no wonder so much fairy lore originated there. 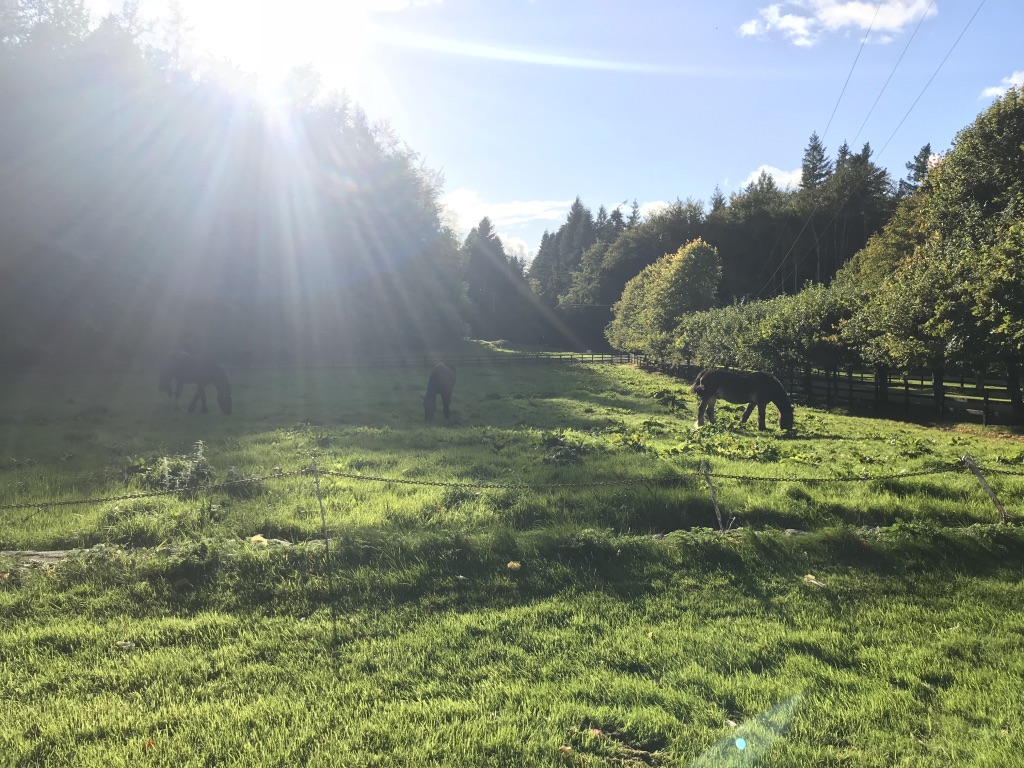 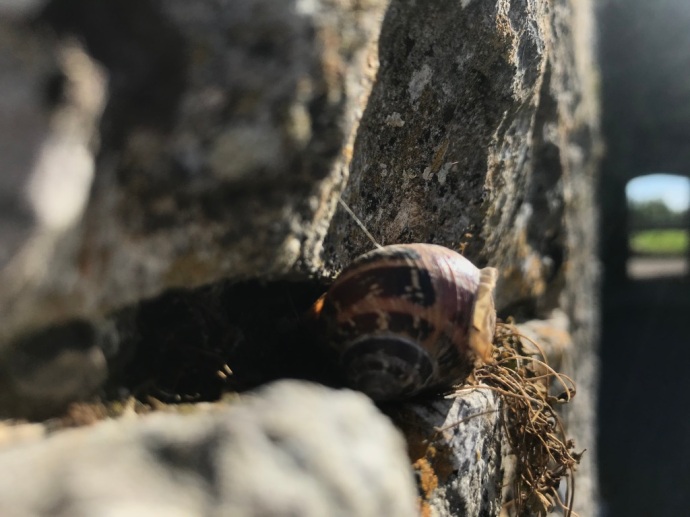 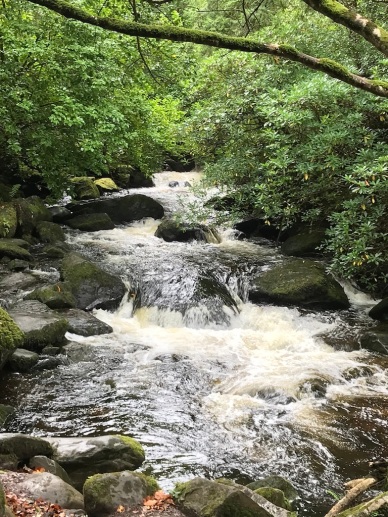 Then in October, I traded in the Jetta for this beast. 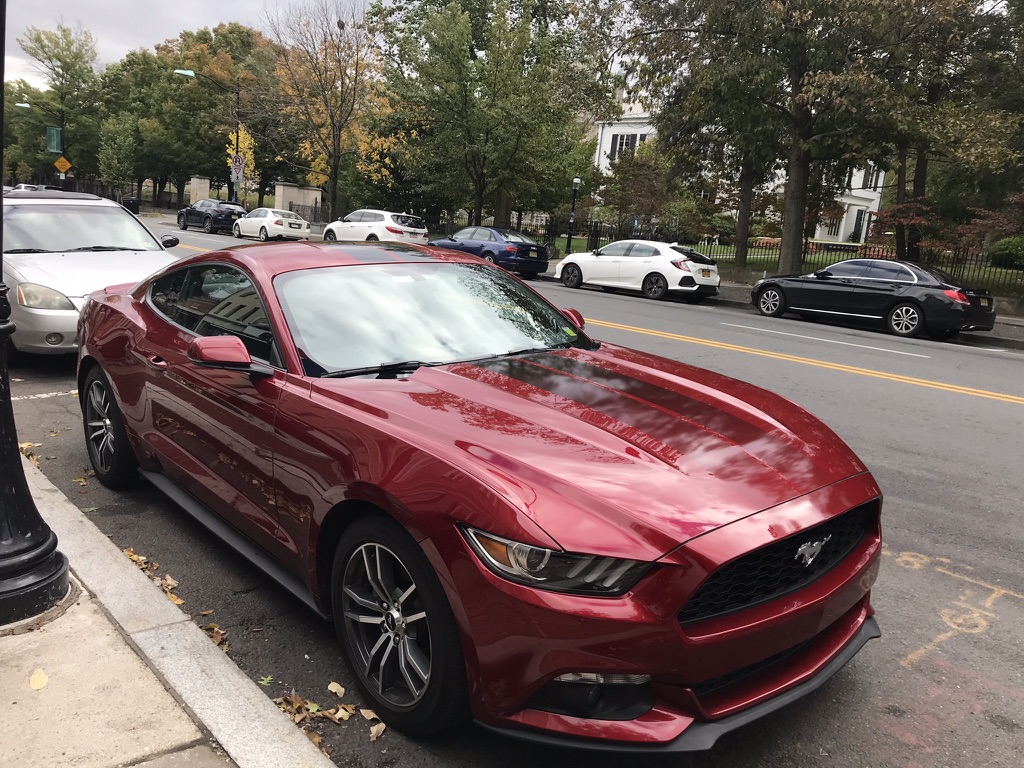 She’s a beaut. I call her Valkyrie. Happy birthday to me! 35 never looked so good 🙂

A few weeks later we got terrible news. A friend of ours had passed. He killed himself, just days after several of us had seen him at a get together. I don’t know how he did it. I didn’t want to know. I still don’t. But I do know that the world has lost a loving, sweet person tucked away behind a tough, quiet exterior. I didn’t realize until after he passed that some unconscious part of my mind assumed we be old friends somewhere down the road. Literally. Elderly friends, in our 80s, giving each other shit about whatever. That we had that long to let our friendship unfold by itself. That we had time at all.

A few days after that, we got more terrible news. My dad had been diagnosed with cancer almost a year and a half ago, most of which I spent thinking variations on, “This was not supposed to be how things end for him. This is not a way to spend one’s retirement. And who gets appendix cancer??!” My dad, apparently. He went through several rounds of different treatments over the course of that year and a half, each one worse than the last. Finally, in November, he was done. It was all too much, and not doing enough. He unraveled faster than we thought, but held on for as long as he could. The last time I saw him I got to say good bye, and tell him I loved him, and he called me “sweetie” in the warm, gentle way he did my whole life. He didn’t want an obituary or a funeral, but I needed something, so this paragraph will have to do.

Then, weeks later, I reported for jury duty, and had a small panic attack during jury selection, in which I tearfully, humiliatingly, implored the judge to let me go. Which he did, very quickly and warmly, I may add.

Grief is a funny thing. It plays out in some truly strange ways, and waxes and wanes on its own gods damned schedule. Some days are fine. Many are so draining that speaking feels painful and difficult. It’s not a constant, heavy cloak of sadness I can’t seem to shrug off, but more of a “weird shit is gonna happen and I just have to roll with it” kind of thing. It’s different for everyone and it changes all the time. For example, I now sometimes find people very draining–virtually and in person. Feeling like I can’t fully relax, having to be “on” all the time is harder than usual. Just being in the presence of others sometimes induces a strange anxiety in me I don’t often feel in social situations, or at least on a level I’m not used to. Here’s an example: the other day I was at a retirement party at work for a colleague. It took me nearly two hours to work up the courage to go (on my floor, around the corner from my office). I get there and my supervisor (who knows my deal), was very kind, and I talked with one or two people on the edge of the party before I found myself trapped between people and a chair, and started feeling panicky. The colleague I was talking with hinted they were looking for an excuse to bail, so we left and I was able to return to my office alone, in peace. I left early that day, exhausted.

It’s been like that off and on for the past few weeks. So if you see me around, online or otherwise, and I’m not so cheerful, or seem a little distant, or you don’t see me at all, this is why. Sometimes I need to take the time and recharge. This has been one of those times.

I’ve hardly written anything for either of my WIPs (that’s right–I added another, but that’s for another blog entry), but I did get back into my art, which brings me to my ending-on-a-happy-note-thing. I made this! It’s an exercise in tracing and shading, fully based on the work of Viktoria Gavrilenko. Her Cassian is SPOT. ON. Quick aside–if you don’t know who Cassian is, he is about to be your new book boyfriend. He’s a character from Sarah J. Maas’s “A Court of Thorns and Roses” series. Cassian doesn’t pop up until book two, but you’ll want to start at the beginning for this one.

It’s like she plucked him out of my brain (sans wings). Creepy. Awesome.

I’ve put the original screenshot from her instagram post that I used for reference (professionally done, neat writing) next to the one I made (sloppy scribblings, only one image). I have been working on practicing and refreshing my suuuuuper rusty drawing skills. It’s been years since I’ve put pen(cil) to paper, and I thought I’d try something new–to me, anyway. Take a look at my first attempt at digital painting! Not terrible!

I’m going to wrap up this post with gratitude. The past few months, especially the last three weeks have been some of the hardest of my life, and I’ve experienced an outpouring of support. Let me start with my online writing community, which is mostly the Write Fight Gif Club. You are the most loving, silly, supportive, talented group of virtual friends a girl could hope for. Thanks for letting me come and go, and being there when I needed you. To my RL friends–you know who you are, and your strength and kindness has helped me more than you know–my found family. Finally, to my husband; Alex, we have been thrown more curveballs than anyone could have anticipated, but your love and support have gotten me through it all. I’m a truly lucky lady. (and aren’t you so proud I used a baseball reference??)

View all posts by Katrina

There was an error retrieving images from Instagram. An attempt will be remade in a few minutes.